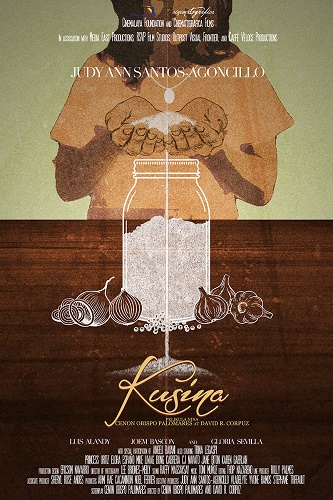 Juanita’s story starts before the Second World War and goes through the turbulent Marcos years. It’s really a simple story of a woman and her life lived, but it becomes a lot more because of Judy Ann Santos-Agoncillo’s astounding performance as Juanita. Santos-Agoncillo is one of the last of those actresses with genuine star power. Her simplicity lights up the screen, and her maturity and experience has even given more layers in her performances here. She handles Juanita here with skillful subtleties – it is never over, even when sometimes it calls for it. But because she has great artistic instincts, she knows how to rein herself in. Witness her breakdown scene towards the end of the movie – it seasoned just enough. A hand of a lesser actress would have given it excess. (Could you imagine that other ‘Santos’ doing that scene – she’d be flailing her arms and lifting her legs up in the air)  Look at her luminescence int he film scene of the movie – she was able to convey happiness and contentment without saying a word. Few can do that, and she does it extremely well.

Her performance elevates the movie, which could at times be problematic. I have no problems with its limitations, but I have to admit that at times the film feels claustrophobic. It’s theatrical in set up, and shot on a sound stage, and I do wonder if the material written by Cenon Palomares, was originally written for theater. He, along with David Corpuz directed the film. It may sound like I am nit picking, but I am not. I truly enjoyed the film, and found myself touched towards the end, thinking about Juanita’s character after the film ended. maybe I just miss my mother who passed on twenty six years ago.