I remember seeing ‘Hello Again’ off-Broadway at Lincoln Center many years ago, and I remember disliking it. Even though I liked the performances (Donna Murphy! John Cameron Mitchell!) I really was put off by Michael John LaChiusa’s score. I have always been a purist when it comes to musical theater – I’m old fashioned, please don’t mind me – and it took me a long while to get adjusted to the ‘modern’ composers whose themes are more discordant, and tuneless.

So maybe it’s that maturity that made me appreciate the score now, more than twenty years later, and actually, it really has grown on me, and I even like it a lot now. Or perhaps it’s the MTV effect. Paired with the great visuals in the film, the music resonated more. The show was inspired by Arthur Shnitzler’s La Ronda, and features vignettes of people engaging in sexual acts, all done elegantly, so there’s nothing smutty here. 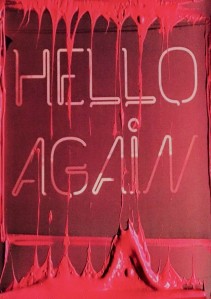 I loved this movie, and I had reservations. It was perfectly cast with a cast with blazing screen presences, voices that life the score, and sensuality that is needed to essay the score. I cannot think of anyone who is a weak link – everyone was perfect. To my eyes, the male cast was perfection – starting with Gerald Nolan Funk and Al Calderone. And has Cheyenne Jackson ever been sexier on film? I was mesmerized by Tyler Blackburn (Where has he been all my life?) and thought T R Knight was best with his scene from the Titanic.

And of course, Audra McDonald. She sizzles on screen as she does on stage. You cannot take your eyes off her, and when she sings, angels would take notes. I hadn’t known that Rumer Willis (of Demi and Bruce) was good like this good, and Martha Plimpton always delivers.

The vignettes, to me, played like music videos, and probably better suited for this medium. Some of the sexuality seems tempered, but I guess that wasn’t really the point of the film. But to me, the whole was very enjoyable, and when the credits started to roll, I wanted more.