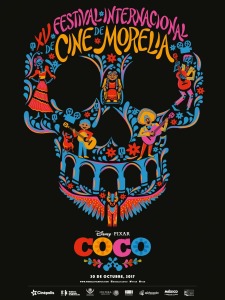 There was something about ‘Coco’ that spoke to me when I first saw its trailer. I normally do not watch children’s movie, and the allure of any cartoon really doesn’t get to me. I can count in less than a hand the number of Disney or Pixar cartoons I have seen. As a matter of fact, I think ‘Frozen’ was the last one I saw. But perhaps the great thing about being a Moviepass user is that I get a little more motivated to see movies I normally would just pass by. ‘Coco’ was the perfect example of that.

And I liked it a lot. This is a movie that had something to say, and a message I could really rally on. I sometimes ponder in my head the struggle of if I ever will be remembered after I leave this planet, and the film touches on that thought quite deeply. Above all, this is a rumination of how we are remembered, and where our souls go. A lot of the movie is about death, but is dealt in the most loving way – nothing morbid to see here. 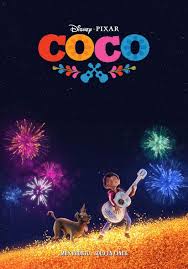 So why do I sit here still a little unimpressed. The slapstick grated on me more than it did not, and the ubiquitous animal sidekick was most annoying. I should not complain, these are the details that make a film like this ‘cute,’ and is needed for its target market, which is certainly not me.

I do not want to be a sourpuss about this. If you like these kinds of films, you will love ‘Coco.’ I have to even be honest and say that I was rarely bored by this, and again, I get what they are doing. It just ultimately isn’t my style, and that’s fine because on something like this, I always end up being the contrarian. So go and enjoy ‘Coco.’ You deserve it.

2 thoughts on “Death Be Not Proud (Film Thoughts: Coco)”