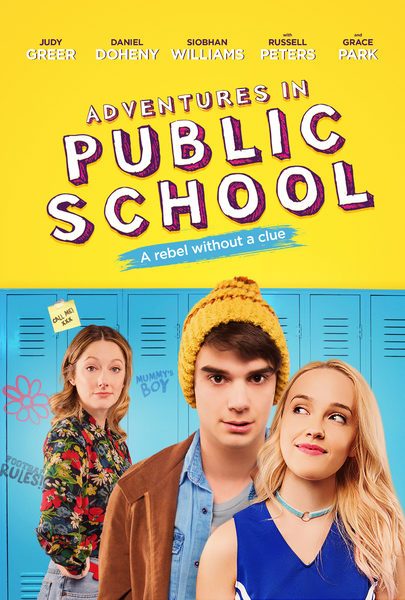 Kyle Rideout’s ‘Adventures In Public School’ is a lot of times funny, but it is also a little bit creepy. It stars Daniel Doheny as Liam, who is on his way to Oxford to study Astronomy. But before that he has to pass the GED exam because he has been home-schooled by his mother (Judy Greer) On the day he took his test, he has sees a girl at the high school so he purposely fails the test so he would be able to physically attend high school.  What happens after is mostly funny, as Liam navigates his way trying to fit in, never having had the opportunity to socially interact with other kids. Plus he is very close to his mother, to, iI think, a point where it is really creepy, and he has to disentangle himself from that situation. Doheny is great as the slightly neurotic nerd, and Greer is great as the helicopter mom. I found myself drawn ti these characters instantly and was glad to join them on their journey. It’s a half coming-of-age film, and I only say that because I know by the end of the film, Liam still has a little bit ways to go. But what’s here is compelling.