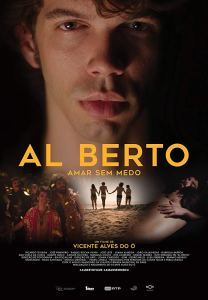 ‘Al Berto’  is the biopic of the famous Portuguese poet, and Director Vicente Alves do Ó has pieced together a film culled from the notes and diaries of João Maria, who was the poet’s lover at the period of time int he poet’s life when the film is set. This would be the summer of 1975, when he has come back from Brussels training as a painter. He has reclaimed his family’s mansion, after it being sequestered during the revolution. This is a heady time in the country, where there is an ideological division between the old and ‘the future which has not come yet,’ as one character in the film describes. Ricardo Texeira smolders as the poet – he has a magnetic screen presence that is matched by José Pimentão and together they have scorching sexual chemistry. Since the film is more a character study, though, nothing much more happens, as it is that things happen to them. I found the film visually enriching, but perhaps a little too long. I liked how it gave me a brief insight on Portuguese history, and their gay history as well.