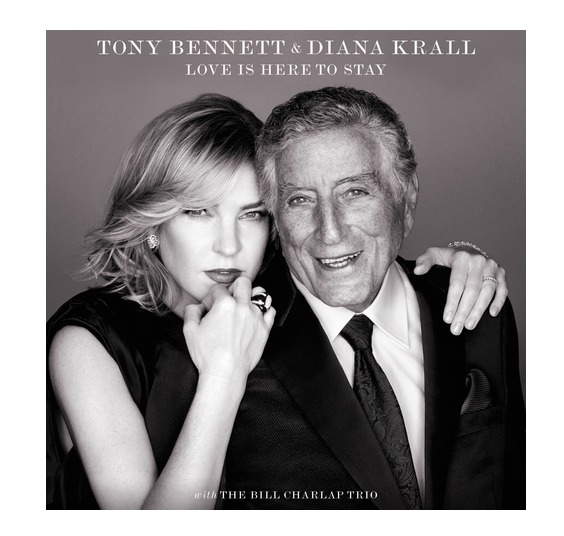 Every year, around my birthday, as if a gift, one of my favorite ‘divas’ always has a new album out the same week.  This year, it’s Diana Krall. That’s not necessarily the worst thing int he world, and her album, ‘Love Is Here To Stay,’ is a duets album with Tony Bennett, and they are singing an all-Gershwin program. I always wonder how Bennett, at 92, can still sing the way he does. Close your eyes and you could swear it’s still his mid-century crooning. In this album, they are backed by Bill Charlap, I mean, he’s no slouch.

Color me unimpressed, though. As a whole, i did not like the album at all. I did not like the mingling of Krall’s and Bennett’s voices. She seems timid, he seems to be bored. And you have to really pay attention to Charlap’s tricky piano playing – Bennett got his groove on with him on that Jerome Kern album from a couple of years ago. Here it felt like both were still trying to find their way with him. There are production photos and videos from the time this album was recorded, but I sense chilly chemistry between the two singers. I know the record has been garnering great reviews, so I feel like a contrarian here. Maybe I will listen more and change my mind, but right now, it’s an unfortunate thumbs down for me.