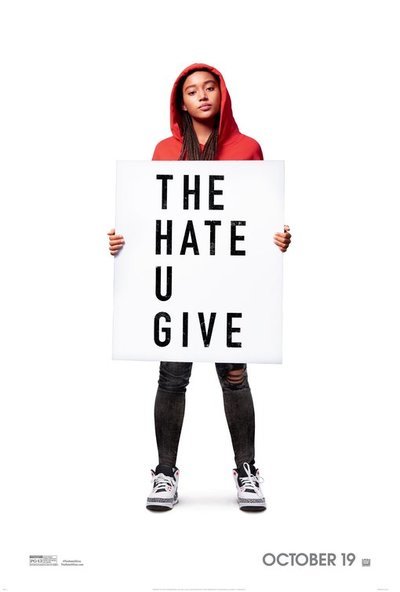 ‘The Hate U Give’ fell off my radar but then I found out that KJ Apa was the live interest here and of course, that was good enough reason for me to seek the movie . I had been hearing good things about it anyway.  The film, directed by George Tillman Jr, is based on the YA novel of the same title. The title is from Tupac Shakur’s definition of T.H.U.G. L.I.F.E – “the hate u give little infants fucks everybody.” I am nto going to lie and say I was familiar with that particular Tupac quote. The film stars Amanda Steinberg as Starr Carter, a teenager who lives in the wrong side of the tracks, but goes to school on the right one.  Steinberg gives a pretty good performance, and the film starts interesting – I like the dichotomy of the black female teenage voice, of how she differentiates her behavior in her two opposing worlds. But really, the film deals with heavier issues, like police brutality and racial inequality – issues that are very relevant in this time of #BlackLivesMatter.  The film veers to more instructional than emotional – it shows us more than it lets us feel. I wish we had dealt more with the character pieces more than the big issues – not that I am saying that those issues were insignificant. I thought a lot of the characters including Starr were underwritten, and I bet the text in the novel was richer. As for Kapa, he looked cute but his character was bland and it translated into the performance.