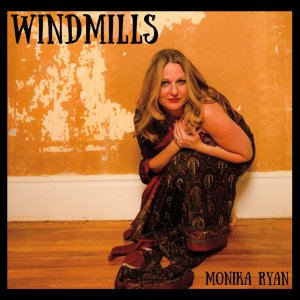 Who doesn’t love the Alan and Marilyn Bergman Songbook? And any record that celebrates it deserves to be heard.  Monika Ryan’s ‘Windmills’  is a collection of these songs, and I appreciate her effort, but I have to say I can’t remember the last time I listened to a singer and disagree with how she mostly interpret songs. ‘A Love Like Ours’ is one of my favorite Bergman songs of all time and I don’t think I have heard such a bad version of it till now. Her careless lyric interpretation strips all the tenderness and poignancy of the song’s lyrics. Look, I know that she probably fancies herself a jazz singer, and sure, this album shows more ;rhythmic’ takes of these songs, but let’s just say I probably will never spin this record again. Her versions just do not appeal to me, and actually, if I may be honest, I think she does not give these songs any justice. More power to those who enjoy this record, but for me, it’s a HARD pass.