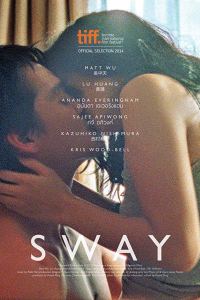 ‘Sway,’ by Rooth Tang spins three interwoven tales of Asians all over the world – stories from Bangkok, Paris/ Three different kid of Asian nationalities are at play here – a Thai couple who just meet wanting to move to Los Angeles, a Chinese couple in Paris who are at a crossroad in their relationship, and a Los Angeles Japanese couple dealing with a young daughter. The stories are a little underwhelming, but the actors are believable making these not a waste of time. You can say these are ‘regular’ Asian stories before they were crazy and rich.

‘Porto’ by Gabe Klinger is set in Porto, in Portugal and that place as been in my zeitgeist lately because a friend just moved there. It is shot beautifully here, and that alone is worth the price of admission. Anton Yelchin and Lucie Lucas play a couple who just meet and have an instant connection. this is one of those films that you either like or not – count me among the former. I have always liked stories about ‘two ships that pass in the night,’ and how an instant connection could blossom into something else – it’s that potential that appeals to the hopeless romantic in me. Yelchin is fine here, in one of his last roles before perishing, and it makes the film more poignant. This is one of those films that will make you think long afters teh credits have rolled 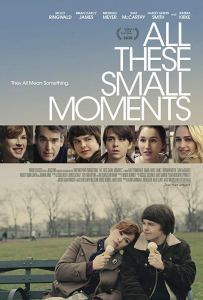 The title ‘All These Small Moments,’ perfectly describes this film about adolescent angst. Brendan Myer plays a teenager who is enamored by a girl he sees on the bus (Jemima Kirke)  while he deals with familial problems in his household. Somehow, though, neither of the stories are fully formed enough for something to really resonate. While there are sweet and tender moments. but these small moments are too small to matter. On another note, I still have a difficult time grasping that Molly Ringwald is doing all these mother-of-adults- roles. I mean, she is amy age! Cue violins.