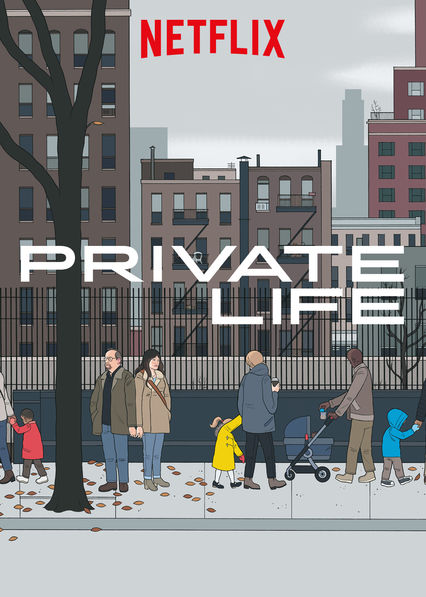 Tamara Jenkins’ ‘Private Life’ centers on a couple, Rachel and Richard, played by Kathryn Hahn and Paul Giamatti, who has been trying to have a child and has been trying to explore all their options for it. But for me, the film is more than that – it is a character study of a certain type of New Yorkers – artistic city folks who are trying to find meanings in their lives, probably trying to search for happiness just like everyone else in the world. The movie is more an observation of manners, and int hat case it was interesting to watch also because of the authentic performances from both lead actors (Hahn is a force of nature)

But beyond that, the subject matter here bored me to tears. Maybe I just don’t have that ‘parent gene’ that would make me obsess o wanting to have a child. I may belong to that school of people who would just give up after exhausting a couple of tries. I saw myself saying ‘Enough Already’ after seeing these characters go through disappointments after disappointments. I got tired of them after a while that I stopped caring about the characters. But obviously that is a more personal reaction to the film, which is not an indication of its quality. Or maybe it’s a testament of it – it is so real that I reacted this way. But all in all, I respected this movie and what it is trying to say. In the end, it just doesn’t speak to me.