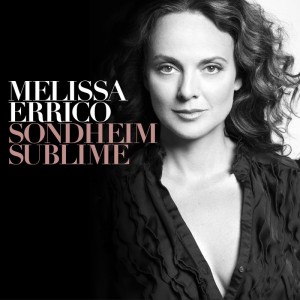 Stephen Sondheim is known for his theater songs’ wit and intelligent internal rhymes but sometimes people forget that he writes some of the most tender and bittersweet melodies. Melissa Errico mostly focuses on those songs on her appropriately titled album ‘Sondheim Sublime.’  I have always had a fondness for Errico as a theater actress and singer, and I do think she has a very distinct voice – you hear her sing a note and you recognize is at hers immediately. She sings these songs with appropriate longing and needing and wanting that these songs deserve. Just look at the array of songs: ‘Not A Day Goes By,’ which is paired with ‘Marry Me A Little.’  And I have always had a fondness for ‘No More’ from Into the Woods, and she sings that perfectly here. I can’t think of any track here that isn’t well done, although I do have to admit that perhaps it is a little on the ‘too tender’ side if seen as a whole. But this is perfect for a playlist. This should blend well perfectly with my ‘theater covers’ one and randomly played will bring out golden moments.