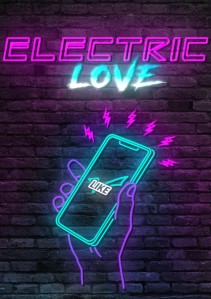 Again, I have just seen two films back to back that are very similar and have a lot of things in common.  This time, two films about modern relationships, with specific plot points relating to online or app-based dating. Plus, both films are based in Los Angeles.

First up is Aaron Fradkin’s ‘Electric Love,’ and this one actually was charming. It’s mostly about Adam (Zachary Mooren) and Emma (Mia Serafino) who find each other via Tindr. They both go through a series of (disastrous) dates and then they find some connection with each other. But of course, these are young people and they don’t know what they really want and so we get complications. But the cast is for the most part charming, so I didn’t really mind some of their idiosyncrasies. Ultimately the film is forgettable, but it goes down smoothly. 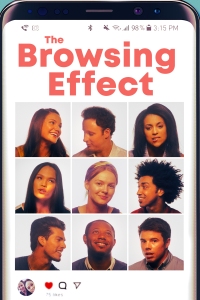 The characters in ‘The Browsing Effect’ are not as likable. I would even call them obnoxious. These are the type of LA people I do not like – self-absorbed, selfish, self-entitled. They also do not know what they want, and go about them in unpleasant ways. I mostly tuned out after ‘meeting’ the people here, even as I was glad to see David Hull from Crazy Ex-Girlfriend.