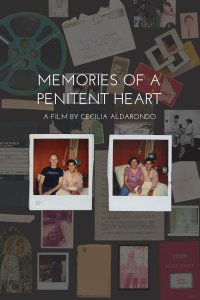 I waned to end Pride Month by writing about a movie that touched me deeply. Cecilia Aldarondo produced, directed and wrote the documentary ‘Memories of A Penitent Heart’ in memory of her uncle Miguel Dieppa, who dies from AIDS complications in 1987. She only remembers meeting him once, and very briefly, when he visited his family the Christmas before he died. Years after, Aldarando searches for Miguel’s friends, wanting to immortalize her uncle’s legacy. She was in for some kind of awakening when she met Robert, her uncle’s lover of twelve years. She found out how her family – her grandmother and even her mother – were in denial about Miguel’s sexual orientation, being devout Catholics. Furthermore, they were not very friendly with Robert – Christina;s mother even saying she never knew his last name that’s why she never contacted him.  Furthermore, there is a big reveal wherein Miguel supposedly found out that his father was gay, after seeing him at a gay club in Puerto Rico. Aldarondo weaves these stories through interviews, the main one with Robert, who brought along envelopes of photos and memorabilia. It’s all so touching, and I remember hearing all these stories then of men whose last wishes weren’t being honored because of their families’ religious beliefs – I had a friend who wished to be cremated and his family refused to do it because they did not believe in it – the process was not really popular in the late 90s and early 90s. Most of all, I was glad that these stories of men who died from the plague are being told. I wonder sometimes if people would remember me after I die – I have no children and a lot of people probably deem my story as small and insignificant. But I can only hope that I touched people’s lives enough to be remembered.