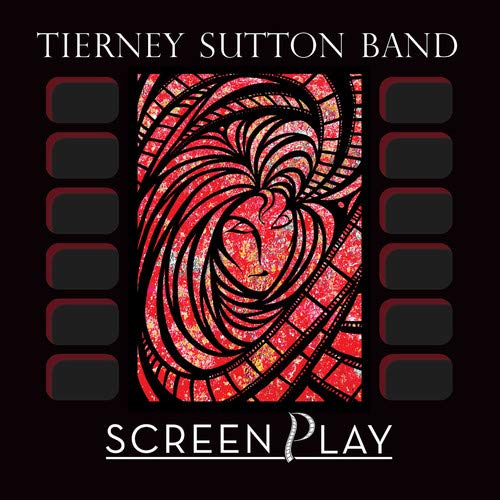 I never ever judge a Tierney Sutton album with a first or second listen. i find that I appreciate her stuff as it marinates more. I don’t always ‘get’ what she is trying to do, and at times even vehemently dislike it, but more often than not I warm up, and even learn to love them. Again, that is the case with ‘Screen Play,’  the new album by the Tierney Sutton Band, consisting of pianist Christian Jacob, bassists Trey Henry and Kevin Axt, and drummer Ray Brinket.

The album is a collection of songs from films, a familiar concept that could ever be mundane or inspired. Song selection wise, Sutton goes for the eclectic. I was surprised to see not one but two songs from ‘Grease,’ – a no-fills retelling of ‘Hopelessly Devoted To You’ that is the antithesis of the original Olivia Newton John version, and a trippy ‘You’re The One That I Want.’ I don’t know if the latter really works – it’s much too contrived of an arrangement for me – but darn it if I can’t stop listening to it. Her album with Alan Bergamn on ‘How Do You Keep the Music Playing’ i seriously heartfelt, and on the medlette of ‘Moon River/Calling You’ she found two song of waiting and wanting that fit perfectly together. But some tracks are just misses for me. Draining ‘The Sound of Silence’ of its granola character makes it dishonest sounding which is a contrast from its lyrics, and ‘Diamonds Are A Girl’s Best Friends’ didn’t sound like a song about diamonds in her scat-filled vocal flourish. But when she is good, she’s fantastic, and when she finds darkness in songs – like’s Sondheim’s ‘Goodbye For Now’ – she is inimitable.