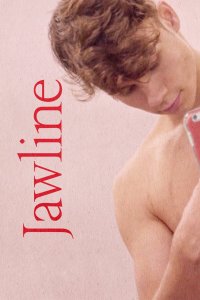 I roll my eyes at the idea of someone wanting to be a successful social influencer but here I am watching Liz Mandelup’s fine documentary ‘Jawline’ (now streaming on Hulu) which is about Austyn tester, a sixteen year old, who dreams of being the next new hot thing on the internet. My eyes were firmly on my head when the film started following him, but I swear by the end of the film I liked this kid so much, and confession time, I followed him on Instagram. Really, we go through his (small) journey here – from a tween doing live broadcasts on YouNow, to him being plucked by a Management agency, and then being invited to tour with other social influencers, to him being dropped by said management. He ends up being dejected and depressed – at sixteen years old, wouldn’t you be?. But I wanna tell Austyn, by Gosh you are still young there are still going to be a lot of opportunities to come your way. Mandelup does a good job of making you care for the him, and the film. Don’t pooh-pooh ‘Jawline,’ like I almost did, because like me, you probably will come out very much enlightened.

I hark back on the days when one becomes famous because of their talent, and what better way to see that than in ‘Merely Marvelous: the Dancing Genius of Gwen Verdon.’ People may have only gone deep with her through the F/X series ‘Fosse/Verdon,’ but this fine fine documentary digs even deeper. We get to know her life story and even better, her work through clips and interviews of people she worked with. It was fantastic to see all the footage from her most celebrated Broadway performances like her famous can can scene from ‘Can Can’ (which prompted a seven minute ovation on Opening Night) to ‘I’m A Brass Band’ from ‘Sweet Charity.  There is even a poignant one from her teaching her nephew Jack Cole’s tap dancing routine five months before she passed. This film is a celebration of Gwen Verdon and is a cause for celebration.