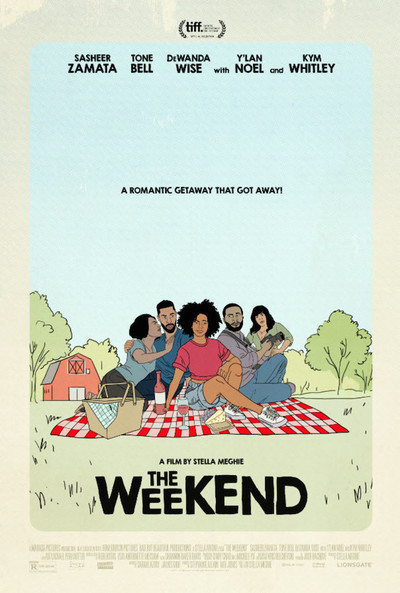 Maybe I am really getting old. I just watched two movies starring and about millennials and I should have liked them both, but I ended up just being disappointed by them. These movies feature good stories, but I just cannot abide by some of the bad behaviour and entitlement issues these young people have. Or am I just being cranky.

Stella Meghie’s ‘The Weekend’ has just the right low key touch, but the biggest mistake here is it involves around Sasheer Zamata’s character Zadie. I don’t know if the character was written that way, or because of Zamata’s performance, but Zadie is insufferable. her cutting wit comes off as mean-spirited, and she is disrespectful to everyone, including her mother – and I hate people, fictional or not, who are mean to their parents. She is still hung up on her ex here, and goes on a weekend trip with him and his girlfriend, but her contempt, jealousy and sense of entitlement overpowers whatever sympathy she can get (for me: none) Zamata’s stand-up routine is probably better experienced, but her transition to the big screen is a complete failure. Someone described this film as Woody Allen-esque, aand sure, I can see some of the imitations, but all in all, this film is as much a crime as the ones Allen is accused of.

Robert Luketic’s ‘The Wedding Year’ has a nice premise about how a relationship evolves over a course of the couple attending seven weddings, but something got lost in the process here. Again, we get an unlikable character here, Mara, who is at the center of the film. She talk and acts dumb, and the weddings which are supposed to frame how she evolves, is treated as stupid comic interludes, and by the time the characters show some emotion it’s already too late. It doesn’t hurt that there is no sizzle in the leads. I never believed that Sarah Hyland and Tyler James William was a couple – never figured out why the two character saw in each other. All in all, there’s a good movie here somewhere, but you wouldn’t know it from the finished product.