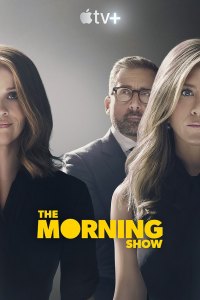 So who would have thought my new favorite performance among this Faall’s new television shows is Jennefier Aniston’s? Seriously, she is pretty good in ‘The Morning Show,’ from Apple+. There are all these new streaming channels and this show might be a reason for you to add Apple’s new service to your entertainment roster. And Aniston is kind of playing a little against type here – although the role is still very America’s Sweetheart-ish, it shows some edge, and is a strong woman who tries to take control. I am only up to episode three and the storyline is already heating up. It’s basically a retread of the Today Show real-life story – a male anchor has been fired after sexual harassment allegations, and his co-host tries to pick up the pieces. Reese Witherspoon plays an upstart reporter who gets plucked from bumfuck and gets thrust into the co-host seat, after some machination. Witherspoon’s role so far is a little on the familiar side, but this will all depend on her chemistry with Aniston, and it looks like their characters are going to be interacting a lot after the third episode.