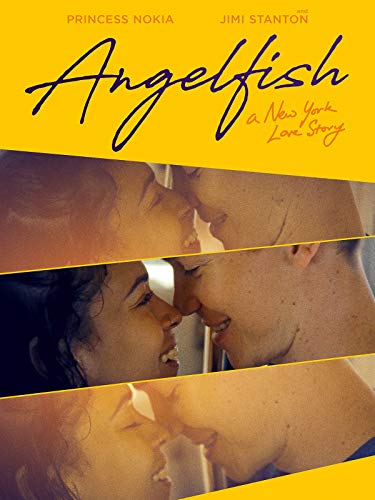 This is how behind I am in the times – I have no idea who Princess Nokia is. Apparently she is a very famous Nuroyican rapper, and she is one of the main stars in Peter Lee’s ‘Angelfish, ‘ which is also billed as ‘A New York Love Story’  Well, of course you put the words love and story to describe a film and I am there. And in that sense, the film delivers as it tells the love story between Eva (Nokia) and Brendan (Jimi Stanton)  The story is pretty simple – they meet and they fall in love.  In that sense it’s all formulaic but the film is elevated by authentic performances by the charming leads and they will instantly win you over. There’s not much more to the film besides that – the relationship encounters obstacles from the familial situations they are in – but the heart of the film is firm and beating. And it captures a very specific time and place – Bronx in the mid 90s – which enhances its authenticity. (Imagine a recent past where no one has cell phones!) Sometimes you just need to watch something simple and it will still touch you.