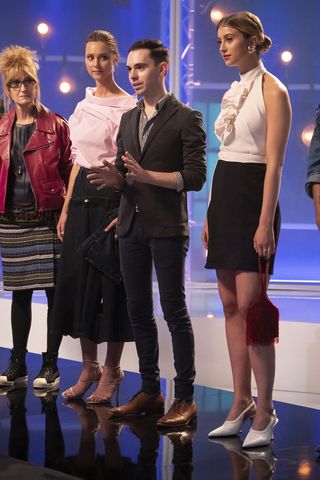 I have been watching more of the 18th season of Project Runway.

I am liking it, enough to make me want to binge all the episodes. While I don’t think the designers are as talented as previous seasons, the producers know how to make the show interesting – they know how to derive drama, and know when to pull back. And I have always said this – at least in this show the contestants are creating something artistically, as opposed to housewives just living for drama or Kardashians creating some for no reason.

But at the end of Episode 4, something struck: I think most people don’t know that Karlie Kloss is married to Jared Kushner’s brother. Supposedly the two of them are progressives, but you wouldn’t really know that. And by that I mean I wish they were more vocal. Tyler – who I like incidentally- when being critiqued in this challenge, had a snappy comeback that stunned everyone. The challenge was to create an outfit for Karlie, and when she said ‘I would never wear that outfit,’ he answered ‘not even to dinner with the Kushners?’

That obviously rattled Kloss. but I say, why not? These people need to be called out whenever they can, and when someone doesn’t say anything, that means they are complicit. Of course, Tyler was sent home, and I bet it is because of his comment. Call them out! Vote them out!