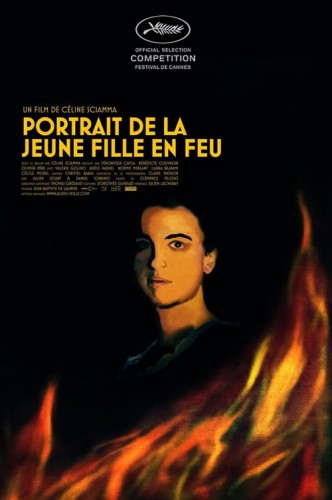 I come from the old school where I want my love stories to be lush, wistful, even, and especially,  sentimental. Celine Sciamma’s ‘Portrait of A Lady on Fire’ has been described as such, as it tells a story of a forbidden love affair between Marianne (Noemie Merlant) who has been commissioned to paint Heloise. The catch – she won’t pose, so Marianne has to pretend to be a friend and memorize her face, to paint later. The portrait is to be sent to the man Heloise has been promised to, and Heloise doesn’t seem to be very keen on the idea. Sciamma’s style here is very subtle, and very slow-paced. I appreciated it because of the time and place setting – France in the 1770s. But I have to say that a lot of times it was much too subtle. Plus, I don’t know if I really got into the story line about the servant who got pregnant and had to get an abortion – I felt that that part of the film distracted from the main love story, which I wanted to immerse myself into. But the romance part was very effective – intense without being too sweet. There’s a quiet dignity to it all.  The film is very poetic in words and also visually – everything looks very beautiful, as if you were being sucked into the painting. I liked the film a lot, but to be honest I did not love it – there is a coldness to the film that I did not like. But I thought that for the most part it was very successful. I know a lot of people have been comparing it to ‘Call me By Your Name,’ but this did not have the electricity of Elio and Oliver. The undercurrent here is quieter, though the spirit of love – given and unrequited – is apparent.