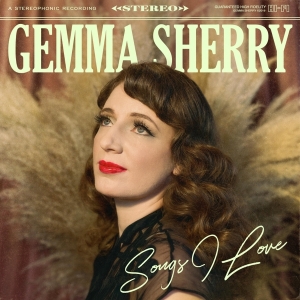 Gemma Sheery is originally from Australia and apparently started out singing dance tracks – she has a hit called ‘Work that’  However, I just listened to her new album called ‘Songs I Love,’ which is a collection of standards.  Sherry has a tiny-ish voice, reminiscent of Blossom Dearie. It feels intimate and really pleasant sounding. And she has great taste in music, as this album is a collection of ‘Songs I Love.’  There’s ‘Spring Can Really hang You Up The Most’ to ‘Some Other Time,’ to ‘Lush Life,’ and she does that last track very well. She is backed by just a piano in these tracks, making the album perfect for late night listenings. There are times when she sings ‘under the note’ which make her sound a little bit pitchy – but she isn’t. You can tell the affection she feels for these songs.