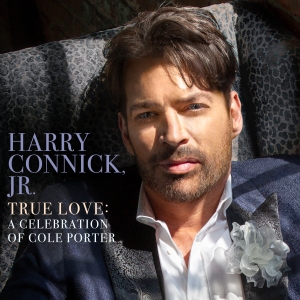 I will stand here and say I knew about Harry Connick Jr before everyone else id. I remember browsing through Tower Records and discovering his CD. yes, this is before  he got mainstream attention via the soundtrack of ‘When harry met Sally.’ I was a michael Feinstein fan then, and remember thinking, based on Connick’s album cover, that their sound will be similar. But of course, in a way they are polar opposites, and I will not even start a debate on cabaret vs. jazz.  I have been following him all these year, and have all his recordings. Of course, dozens of records later, Connick has come out with a Songbook album, this one exploring the work of Cole Porter.

I can’t think of a better pairing. I remember seeing Connick as a judge on American Idol on ‘Standards Week’ and watching him coach the young aspirants on how to sing songs from the Great American Songbook. ‘You have to feel the lyrics,’ he tries to explain to them over and over. Harry, just let them listen to this album, and I bet they will instantly understood how these songs are sung. This is a singer who means every lyric, every pause, and every nuance. Porter’s songs are the hardest to interpret – the lyrics are so witty, and you have to get and interpret every thought, every rhyme external and internal. It opens with ‘Anything Goes,’ and Connick interprets all the knows and winks in the lyrics – and some of the lesser heard verses of the song as well. And Connick’s arrangements are all stellar. Backed by a big band (and at times a full orchestra) these songs have never sounded more alive. Connick the arranger knows how to make these songs sound fresh. Talk about Harry styles.

If I have one complaint, it’s that he has chosen some of the most familiar songs in the Porter canon. But he included two rare ones, ‘Mind If I Make Love To You,’ and ‘You’re Sensational.’  I am just hoping those will be mined in Volume 2, which I am already asking for right now.