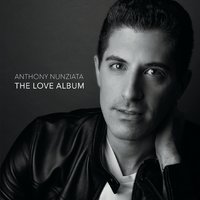 Look, I adore love songs as much as anyone else, but there are some I really wouldn’t mind not hearing again because they are so overplayed. And the snob that I am thinks some of them are just too popular.  In Anthony Nuziata’s ‘the Love Album,’ he managed to pull and record some of these too-familiar songs. I mean, I am not asking you to do the most obscure ones, but is it too much to ask for a little inspiration? Nunzaiata has a nice voice – it has a tender quality in it that I like a lot – but I just lose interest right away when I sense a song that I have no desire in hearing. To his credit, I appreciate that he included the verses in his versions of ‘The Very Thought Of You,’ and ‘When I Fall In Love,’ but I don’t want ot hear another version of ‘Feelin Good,’ which I think is one of the most over-sung song nowadays (Thank you, Michael Buble)  Those with not too much imagination may enjoy this album, but I am surely much too jaded for it.