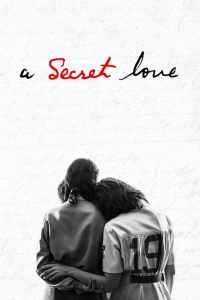 Ryan Murphy, again, produced the new documentary ‘A Secret Love’ on Netflix and just like the earlier ‘Circus of Books,’ it is wonderful and a testament to power of gay love, and well, any kind of love. The film, directed by Chris Bolan was supposed to debut at SXSW Film festival in Texas, but that shuttered after the pandemic. It is about a couple, Pat and Terry, who meet in the 40s, and, at the start of the film, had been together for almost 66 years.  They tell their love story, with Pat being on of the first female baseball players in the All American Teams, which was the basis for the Penny Marshall Movie ‘A League Of Their Own.’ For decades, they have made their home in the Chicago area, and now have to face obstacles from aging – Pat has been experiencing tremors, and their home has started to be an unsafe place for both of them. Terry is resistant at first, unable to let go of the life they have shared together there. This seems like a simple story, and it is, as we see their struggle as they grow old together – and finally able to marry. The last fifteen minutes of the film is heartbreaking, as we see them finally move to an assisted facility, and then get married. ‘Love is love’ is not just a saying, this film is the embodiment of it. Don’t proceed to watch without tissues.