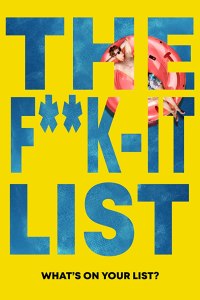 Yet another Netflix teen movie comes and here I am watching it. This one is a dud. When a type A kid Brett Blackmore (Eli Brown) feels regret that he didn’t want to do the things he wanted to do because he spent his time studying, he makes a list of things he should have done,  and he calls it the ‘The F**k It List,’ and it goes viral. He joins a prank that disqualifies him from the colleges he got accepted in, and well, everything else in the film is as unbelievable as it sounds. It’s a dud – all of it, the film, the concept, everything. And I wonder how many more Netflix teen movies I will get sucked into.

Joey Klein’s ‘Castle in the Ground’ is also about a teenager, Henry, but this teen has bigger problems. He is taking care of his sick mother, and when the sick mother passes away from an accidental overdose, he gets caught in the world of opioid addiction. Alex Wolff plays Henry and he is engaging enough of an actor, but the film felt aimless, as the story packs everything in and results to nothing. Plus the cinematography is so dark most times I felt like I couldn’t see anything.