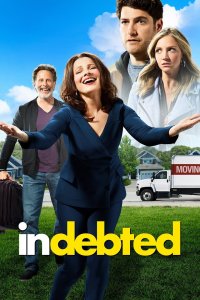 I was only a casual viewer of ‘The Nanny’ but I like Fran Drescher a lot, and I was curious enough to sample her new sitcom on NBC, ‘Indebted.’  She stars with Steven Weber in this multi-camera sitcom about an older couple who finds they are broke so they have to live with their adult child. And it is one of those ‘comedies’ that did not make me even break into a smile. It’s relentlessly dated, and I felt like all the actors were trying too hard, and the weird part is that we have a great slate of actors here, with Adam Pally and Abby Elliot rounding out the cast. It annoyed me at one point, and I just wanted to turn the show off, as it took me the greatest effort to even finish watching thirty or so minutes of the pilot. NBC – you owe me for trying to watch this one.