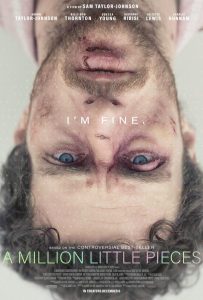 I remember the brouhaha about the authenticity if the novel ‘A Million Little Pieces’ by James Frey. In fact, I read the book and was invested in it at the time. I remember Oprah championing the book at the time and then interviewing Frey post scandal, and him confessing on her show. As a book, I felt it was very compelling – real or not – but nowadays, the story and the scandal would probably seem tame. So I was interested in the movie version of the book, even if I don’t really remember much about it now. The narrative of the film now feels very straightforward. There’s nothing shocking about it, and it looks and feels like your standard drug rehab biopic. Directed by Sam Taylor Johnson and starring her husband Aaron Taylor Johnson, the film isn’t bad, it just feels very ordinary, and perhaps I have seen better.  Taylor Johnson gives a showy star performance here, and in a less competitive year might even garner more notice.

Speaking of showy performances, Judith Light gives one in ‘Before You Know it,’ a film by Director Hannah Pearl Utt. I tend to like these films that are very New York-centric, focusing on lives of the city’s inhabitants. And Utt gives us interesting city characters, sisters who live with their father at an apartment above the theater. When the father dies, they discover that their mother is still alive, and is in fact a famous soap opera actress, and…well, you can just imagine where the story goes. The film is interesting enough for me, but it’s white=people problems will probably grow tiresome for others. Still, Judith Light lights up the film whenever she is on, and for most, that should be enough of a reason to watch.

Michael Longoria is known for his stint in ‘Jersey Boys’ and he is also a part of the group ‘The Midtown Men,’ which is an offshoot of old Jersey Boys castmates. But, he has solo projects and I just listened to his new release, ‘Like They Do In The Movies,’ which is actually his third solo album.  Just like what the title suggests, this is a collection of songs from movies. While some may describe his choices as ‘eclectic,’ I would call them… well, cliched. I cannot think of a more common selection of songs – these songs are so popular and well-known that if you plan on singing them, you better do something with them so they don’t sound like copycat versions of the originals. Sadly, he went that route. They all have the familiar arrangement of the original versions, so you kind of ask why and what’s the point. Longoria has an off-voice, slightly nasal, slightly sour, and he employs these mannerisms that evoke Cher that often times he sounds like some impersonator. I mean, he doesn’t sound out of tune or anything, just so…ordinary. And to me, that is the worst thing. 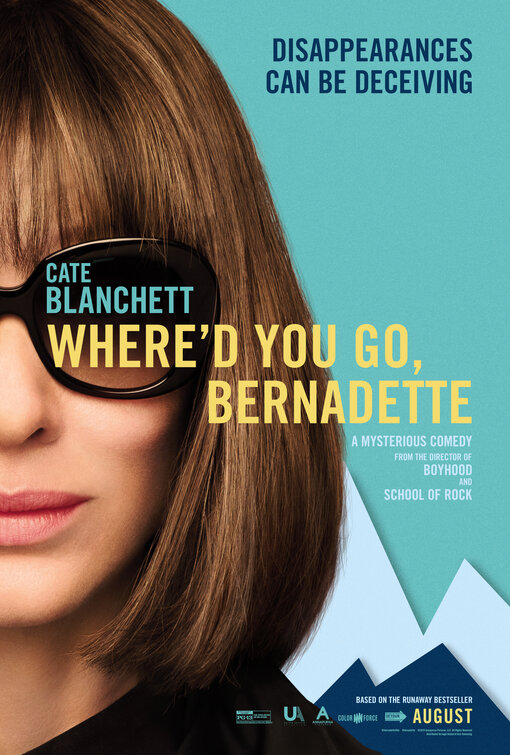 Ever since the ‘Before Sunrise’ series, I have followed Richard Linklater’s work, and to mixed results. There are films of his I love, but there are some that make me baffled (‘Last Flag Flying’ anyone?)  His latest film, ‘Where’d you go, Bernadette’ falls somewhat in the middle, but I liked it more than probably a lot more people.

And I think that’s because of Cate Blanchette. Her character, Bernadette, is complex to say the least. She is eccentric, and quirky, but she is also fully-formed and you can sense that Blanchette knew this character very well, and is unapologetic about her and her flaws. In a sense, she celebrated them. And a great actress puts the character front and center in the performance. In this case, the character is front and center of the film.  And that is the best best quality, and its biggest flaw. Bernadette is not easy to live with – she hates people who are not her family, but most times, you cannot blame her – her superficial neighborhood is a pain in the arse to keep up with. The plot will lead you to her disappearance – but we really see that Bernadette is running away from a version of herself.  The story was always going to be a tough sell – I have not read it but I hear Maria Semple’s book  is told from emails and text messages – but Linklater proves to be mostly successful in fleshing out the Bernadette character. I wish the people around her were drawn better – Billy Crudup is a snooze here – but Bernadette is enough for me to enjoy the film. 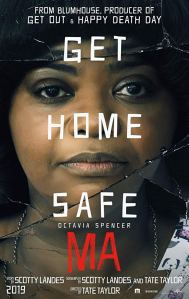 Oh, the promise. ‘Ma’ could have been good serious campy fun. I mean, it had all the elements of one, and Octavia Spencer was so game for it. She is creepy and you would have believed wherever her character’s journey would have ended up – and the more outrageous would have been better. But Director Tate Taylor chose to go the safe – read boring – route and gave us a by-the-book rote storyline. About halfway through, it lost my interest and the only thing that kept my attention was the twink factor. File under ‘Missed Opportunities’

Rural Iceland is the setting for Gudmundur Arnar Gudmundsson’s ‘Heartstone,’ about a pair of friends, Thor (Baldur Einarsson) and Christian (Blaer Hinriksson) who discover more about themselves one late Summer. Amidst domestic problems at home, but find solace int heir friendship. Christian seems to find more in the company of Thor, which the latter dismisses, and this results to Christian committing suicide. It’s a sad story of one’s coming out to himself, and the internal repercussions that go with it, Atmospheric Iceland is gorgeous and beautifully shot, and the story is as touching. 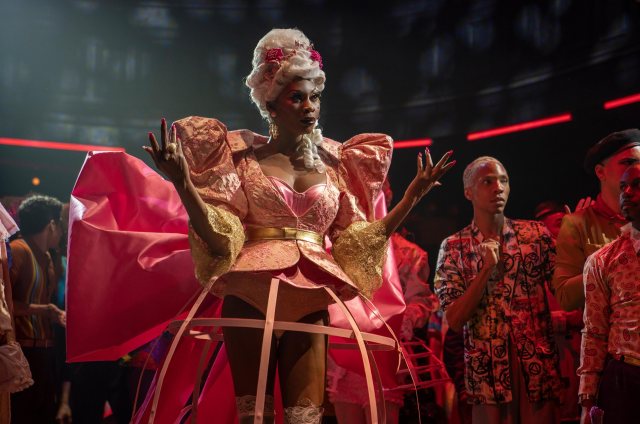 Pose is back, and I am happy.

I bet a lot of people – myself included – never thought it would get a second season, but here it is, and it is more assured, more confident. The first season was a little timid, but this time around, it definitely has a more vocal voice. and that is a good thing. The timeline moves forward to 1990 and here these characters are, on the summer that Madonna’s ‘Vogue’ hits it big. I remember that time specifically, it is the start of a very tumultuous year for me, but I came out of it better, and with a great understanding of who I was then. The AIDS crisis is in full swing at this point, but the big difference between the 80s and this period is that there is a lot more awareness – and people are getting fed up and starting to fight. There is a scene in the premiere that got to me, and that is when they go to the ACT=UP meeting. It was very realistic – it is at the basement of the LGBT Center, and it looks very similar (albeit cleaner) than how it was. And I remember ACT-UP meeting were very scary to me – their anger petrified me, but at the same time I was in awe of them – their bravery overwhelmed me. I was a young and didn’t know how to deal with myself, much less join a movement. I was too scared to be myself totally and to be with them. Pray Tell would probably label me a coward, just like he did Elektra.

And that is probably what will make this season more compelling for me. This era was the start of a big change in my life, and as I watch these characters’ stories, I bet I will see myself in all of them. 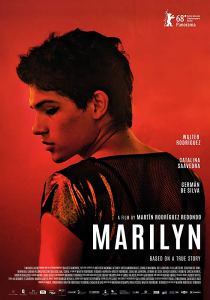 ‘Marilyn’ is that kind of movie that will make you think, and will probably make you angry, and its ending will definitely shock you. Directed by Martin Rodriguez Redondo, it is the story of Marco (Walter Rodriguez) who lives with his family of ranch hands in rural Argentina. He is seventeen years old, and i discovering his sexual orientation. His world is small, and has to fit within its restrictive norms. Most days he is stoic but he fully comes into himself during Carnival where he wears a dress and has a chance to be ‘himself.’ The film is on the short side, but it packs a lot, and I was engrossed instantly. Rodriguez is fantastic, and you will empathize with his character for the most part, even as the final scene will see a drastic shift in him.