What makes someone like a film? Does it make you feel good? Are you uplifted by it? Do you learn a lesson from it? Do you see yourself in the character? Does its story remind you of your life? Andrew Dosunmu’s ‘Where Is Kyra?’ is the ultimate Debbie Downer of a film – it chronicles its main character’s downward spiral, and it never lets her go. It’s poverty and suffering porn to the highest degree. I couldn’t bear to watch it – it is so dark and dreary I felt it was a place I wanted to get away from right away. The movie was very close to a traumatic experience for me. It made me sad, nervous, anxious. Not even Michelle Pfeiffer’s fantastic performance could save it from me. To be honest, just writing about the film right now is making my heart beat faster – in a bad way. I think I am going to stop now/

An All-Star Cast is assembled in ‘Murder On The Orient Express,’ directed by Kenneth Branagh and each one is visually stunning. I mean, Johnnhy Depp, Michelle Pfeiffer, Judi Dench – they’re here. Add to that Broadway-centric stars like Josh Gad and Leslie Odom Jr. and that makes me doubly happier. So why is it that I was not overwhelmed with happiness after seeing ‘Murder On The Orient Express’? Perhaps because I felt a lot of things were overly familiar, and also maybe because the ‘reveal’ is the same as the 1974 version. The screenplay, by Michael green, introduces a bit of ‘new stuff’ but it just did not connect for me. And while the film is gorgeous (the cinematography by Haris Zambarloukos is nomination worthy) to look at, a lot of times it felt pretty but no substance. Branagh’s direction had some nice touches – the last-supper type scene with all the suspects was inspired – the movie still limped. Pfeiffer is great here, but just like most people in the cast, underutilized.

Perhaps the movie just isn’t for me. I vacillated quite a bit on seeing it, and only did when a friend asked me to go with him. I don’t know if I would have gone alone. 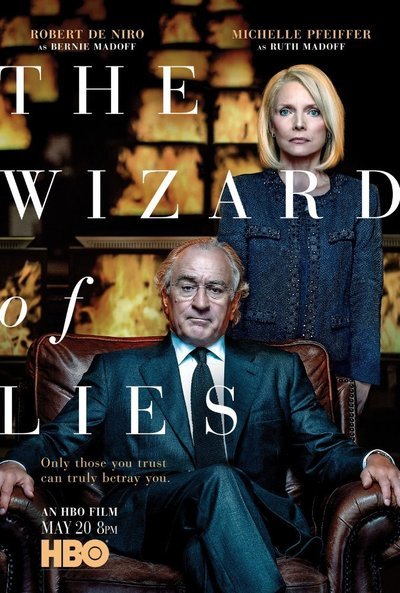 Because I spent a good chunk of time working in the finance  operations, I am very much fascinated by the Bernie Madoff story.  For the life of me, I cannot see how he was able to operate his ponzi scheme for almost thirty years. I have been meaning to read the book by Diana Henrique about this case, and as it turns out, the screenplay of this is based on her book, and she even plays herself as the reporter granted an interview by Madoff inside prison.

Robert De Niro is brilliant as Madoff – he captures the calm insanity of a man who was able to dupe hundreds of people by having them invest money through his fund. I consider De Niro one of the three greatest living actors of this day, along with Mery Streep and Nora Aunor, but he does occasionally get lazy, as evidenced by some recent performances. But I bet this character inspired him, because he is on fire here. I especially like him in the later scenes, where you can see the almost relief that Madoff felt when he finally turned himself in.  Michelle Pfeiffer is great, too, as a woman who had to choose between her children versus her husband. When Ruth loses everything she has towards the latter part of the film, the scream she utters is haunting.

I wish it had a little more detail about the case (I heard the ABC miniseries starring Richard Dreyfuss had more) but this film, directed by Barry Levinson, focuses more on how the family disintegrated after Madoff’s confession. I read that by now, most people with less than two million invested have gotten their money back, and the rest will get payout sixty five cents to their dollars. This movie shows some of the horror these people felt, but not enough.