Happy Fourth. So on this very American holiday, I am choosing to write about.. a Korean film, specifically Hong Sang-soo’s ‘The Woman Who Ran.’ This is a very interesting film, a scant one with a running time of 77 minutes. It’s a document fo a woman and her three visits to different friends. We are left to piece together something from the three episodes. What happens could be something – is she running away from a relationship? But it could also mean nothing – these can be just random scenes of a a slice of a woman’s life. What one gets from it depends on how one views life, but then again, this can be jst one pretentious masturbatory fantasy.

It seems like Koreans are making strides everywhere – music, fashion, movies. I mean, they even won a Best Picture Oscar. So when I had a chance to watch a gay film, ‘Made in Rooftop,’ I jumped at the chance. A lot of people described this film as fun and charming, so I went in with high expectations. It is directed by Kim Joo-Kwang Soo, who is openly gay.

It’s a cute movie, but kind of ordinary. I liked the character of Bongsik (Ji Cheong-shin) who is kind of a Gen Z free-spirit, one of those social media influencers who make a living off just being who they are. The plot is pretty run-of-the-mill, though the change of tones can be a bit jarring. I also thought there wasn’t much balance in the two stories. The whole film is entertaining enough. If for anything, it gave me a little glimpse of gay life in South Korea, and I really appreciated that.

The Korean-American experience is being celebrated everywhere in ‘Minari,’ but I like Peter Lee and Julian Kim’s ‘Happy Cleaners’ just as much. At first, I thought the film would be full of stereotypes – the tiger mom, the meek dad, bratty kids – but I was proven wrong by how these characters grew, and I think the story here is much more relatable.

The family owns a ry cleaner, and is being run by their parents. The daughter, Hyunny, is a success story of sorts – she finished her schooling and works at the doctor’s office. The other child, the son, is somewhat of a bum – he is more interested in being a chef than finishing college, and to the somewhat shrill mother, that’s a big problem.

Then the family starts to face hurdles, and your heart is torn apart by them. This film tries to make you understand how an Asian family works, how they stay together and never leave each other in times of need, and how they put family above everything else. This could prove to be very tiresome to Western folks, but the film accurately captures the feeling of being ‘stuck’ in how things are done for Asian cultures. I found the film very affecting, and found myself shedding a tear or two – it made me miss my parents who are now both gone. 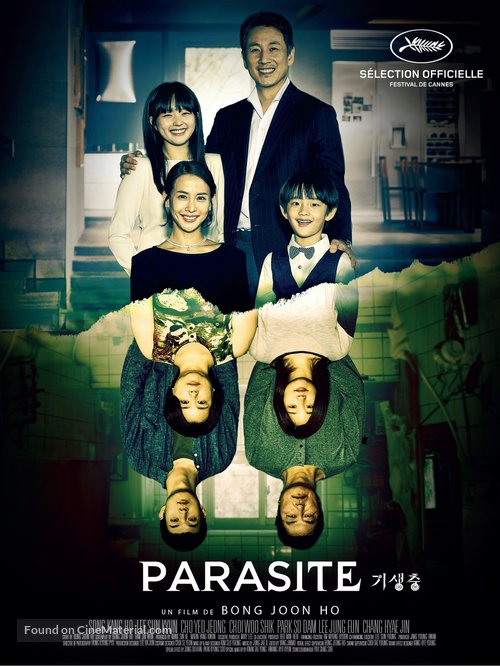 ‘Parasite’ won the Palme d’Or at Cannes this year so that is enough to make me pay attention to it. I know there are a lot of people who swear by current Korean cinema, but I can’t say I have been exposed to it that much. The film’s director, Bong Joon-hoo has a cult following among cinephiles, but I have not seen any of his earlier movies.

‘Parasite’ defies genre – it’s a comedy kinda, a thriller, kind of, a drama sure, but I also think it has horror elements. The film definitely packs a lot in it, and the story has enough twists and turns to turn one’s head. I have to say that I thought the first half was great social commentary about Korean culture, and halfway through it changes course and the storytelling begins. This is one of those films that will keep you on the edge of your seat, though I thought the ‘climax’ was a bit on the excessive side. But it is a film that will definitely catch your attention, and I even bet people will say that it is unforgettable. It’s not my kind of movie, genre wise, if I have to be honest, and I admire it more than I like it. I can’t see myself wanting to see it again, but then I feel the same way about Schindler’s List. I bet it wins the Academy Award for Best Foreign Film.

For a similar film, check out my review of Atlantics here 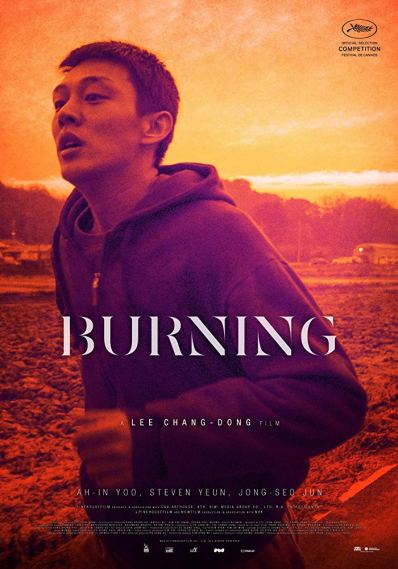 Films are there mostly for entertainment. Once in a while, a film leaves me really baffled – in a very good way.  After watching Lee Chang-dong’s ‘Burning,’ I have more questions than answers, and I actually had to read a very long thread on Reddit about it – something I very rarely do – to get some clarification, only for me to be more confused about it.  There are so many scenes in the film, especially, in the beginning that, as you are watching, will not make sense. But Dang-chong put it there for a reason, and each of them form a small piece in a big puzzle, and by the end of the film, you are left to piece it all together. But, really, I have no idea what I just watched, and now I have this, ehem, burning desire to learn. Perhaps that is the real point of the film.

But on surface, the film is kind of a love triangle between Lee Jong-su (Yoo Ah-in) Shin Hae-mi (Jun Jong-seo) and Ben (Steven Yuen) Lee and Hae-mi are childhood friends, although it took a while for Lee to remember that. When Hae-mi goes to Africa, she comes back with Ben and we get an emotional tug-of-war between the three. Ben could be a psychopath who takes Hae-mi under his wing, and afterwards may be responsible for her disappearance. We don’t really know and part of the mystery here is looking for all the signs that point to some kind of conclusion for the viewer. I wish I could say that I have successfully put everything together, but I have not. Based on all the online discussion about the film, I think I have barely scratched the surface. But one thing is for sure, though: I have not stopped thinking about the film, its characters, and I am craving for some kind of resolution. I think this is an indication of how brilliant the film is. It makes you think and ponder.