I have this strange disease wherein I have to check out any film that is labeled a rom com. And to be honest, I haven’t really seen a satisfying one in a long while, to be honest. But I found ‘Plus One’ to be  good representation of the genre. Written and Directed by Jeff Chan and Andrew Rhymer, it hits most of all the right notes. I have this thing wherein I kind of don’t trust films directed by two people, but the film felt cohesive in style and structure. It made me laugh, it made me cry, it made me want to fall in love. This is as close to a winner as one gets. A lot of people have been singling out Maya Erskine as the one who carries the film, and I have to admit it took a little bit for me to warm up to her. At first, I found her character annoying but the writers knew what they were doing and it a good payoff.  I thought Jack Quaid was effective as well, kind of a ‘straight man’ to all of Erskine’s excesses. Their chemistry simmered, and int he end you pulled for them. The actors will make or break a romantic story. In here, they made the film blossom. 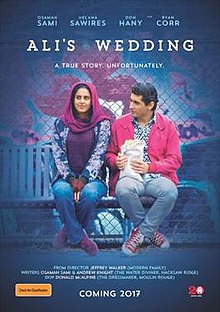 On a slighter note, I also saw ‘Ali’s Wedding.’ which a lot of people have compared to ‘The Big Sick.’ It’s not as nuanced a film, but this film covers a similar ground: the Muslim experience in the modern world, and how to balance and preserve traditional values as you evolve. This is more on the predictable side, all rote ideas plugged, but it has its charms.