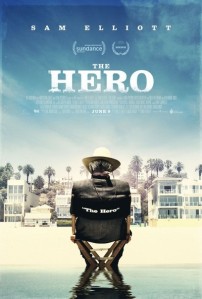 ‘The Hero,’  stars Sam Elliot as an aging actor who had a memorable role in a Western movie.  Written specifically for Mr. Elliott, it is a moody piece – the character in the beginning of the movie discovers that he has cancer and goes through the process of notifying his family of his diagnosis, all the while dealing with how an older actor has to navigate his way into today’s society. Needless to say, Elliot is fantastic here, subtle and never on point.  The movie skews ‘too sentimental’ at times but never really goes there, thanks to Elliot’s sweet and sour take on his role. 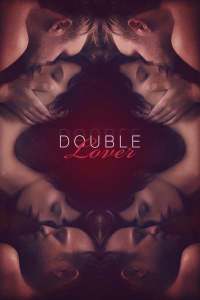 ‘Double Lover,’ from France (It was France’s entry for the Academy last year)  is a wild ride of a movie. It has an incredulous plot – a pair of twins bed the same lady patient, but do the twins really exist or is this all a figment of her imagination? This movie is crazy, complete with close ups of clitoris shots. I never really believed in any of it, but boy does the film come down easy – instantly going into the so-bad-its-good category. I know it is trying to be erotically charged,  but really it just made me giggle. I actually do recommend this film, but probably not for the reasons you think.

‘He Loves Me’ by Kinstantinos Menelaou is an odd movie. It’s about a couple who takes a trip away from the city to some beach town (I am assuming this is Greece) and when they get there, they ‘evaluate’ their relationship. But the whole film is told from voice-overs from one of the guys. He starts to talk about everything from how they meet to how they are feeling to where they are right now in the relationship. It’s all nice and fuzzy, but…very odd. I couldn’t really get into the conceit of the film, and found myself bored, even as the run time of the film is barely more than an hour.