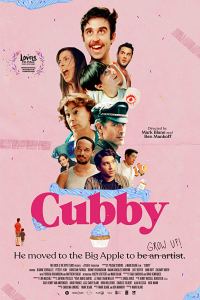 I have a lot of mixed feelings towards ‘Cubby,’ which was written, co-directed and stars Mark Blane. On one hand, I applaud it for its uniqueness – there’s an authenticity there that is hard to resist, but at the same time, it has a main character who is unlikable for most of the film, though I admit I warmed up to it by the end of the film. The film also about all over the place and suffers from too many ideas that most times it doesn’t really gel. But there’s quite a bit of smarts in the script, and the message is delivered in a not-too-obvious manner when it could have been. Blane, who plays Mark, is a natural and I have to applaud him for playing the character with no apology, even if the consequence is that it alienates the audience. He will do better things,